The History Of Home Construction

Home construction has changed a lot since the times of Victorian Britain. Since after the first world war in the early 1920’s the majority of the UK population rented their homes. It paved the way for the 1919 housing act and start the first big wave of council houses. This started something huge and homebuilding peaked at a whopping 350,000 a year in the mid-1930s. With lots of land and labour, interest rates had pegged at 2 percent! Cities expanded out into the suburbs and a whole new wave of industries hit the UK, ranging from car plants, aerospace companies and engineering firms. 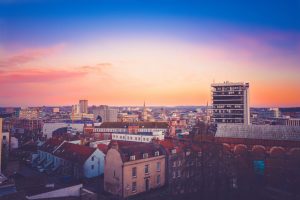 The Second world war threw a major spanner into the works, German bombs caused huge amounts of damage to urban areas such as the city of london, causing housebuilding to completely stop. After the war money became very tight and construction materials were almost non-existant.

When the 1950s came around, the conservative government made sure that council-house buildings peaked. Much of the expansion was in the new towns designated, towns such as Hemel Hempstead and Crawley. This led to the house price boom-busts. This was the decade that saw council and private housing boom to over 400,000 per year, but quality was something that needed improvement as a whole block collapsed at Ronan Point in East London after a gas explosion. At the end of the 1960’s the owners to renters ration was 50%:50% .

The first housing bubble hit in 1973, this caused house-price inflation peaking at 36%.In the next 3 years the house prices doubled and the boom ended.

Tenants having the right to buy was an idea suggested to the prime minister in the early 1980s, he said no and Magaret Thatcher came to power to put it into action. Those who did join the scheme saw a huge advantage after house prices rose by 16% in 1987 and a further 25% the next year.

The next 2 and a half decades saw another 3 major housing bubbles and house prices have gone from 3,000 to 300,000 and that is in some of the cheaper areas. If your looking to buy a home in London, you could be paying double or triple that. The future of home building is interesting, the change in construction methods could cut costs, looking at SIPS Panel buildings now, we have offsite construction that is really changing the way buildings are built.