The History Of The Clothes Dryer

I grew up with a clothes line. I took it for granted that all sheets, towels, and clothing were stiff once they were dry, and smelled of fresh air. I also expected that most laundry had fly-specks. Our clothesline was so low that the bed sheets would almost brush the tops of the grass. Now I realize that Mom had Dad build the clothesline that way so my sisters and I could reach the lines at a younger age, and help out with that chore. 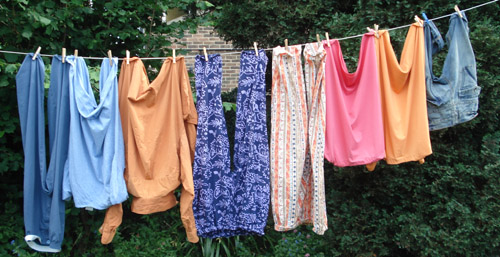 One day, after Mom had hung a huge load of laundry on the twin lines, she returned to the house and looked out the window just in time to see our bird dog, Queenie, pull the very last item off of the line with gleeful abandon. This was one of the downsides to your standard washing line. After the outdoors clothesline we went with an indoor clothesmaid. 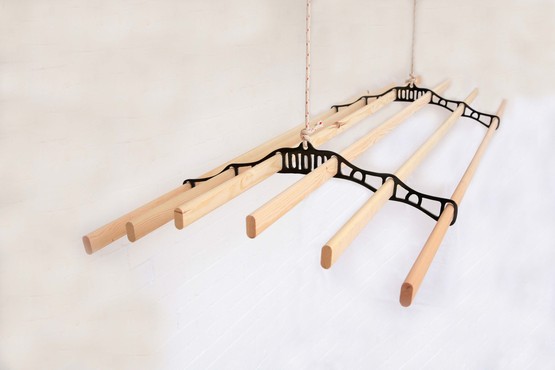 A few years later, Mom was in a foul mood because it was her anniversary and she hadn’t gotten a gift from Dad. When, lo-and-behold, there was a knock at the door and the postman (there was no other delivery company in those days) delivered a brand new electric clothes dryer! Mom burst into tears. Of happiness, by the way.

That is our family history of the clothes dryer. As an adult, I’ve never had to use a clothesline, thank goodness. But, the first electric clothes dryer first appeared in 1915 – long before we got our labor saving device.

In fact, the early 1800s saw the invention of a ventilated tub that would be rotated over a fire, spit-style, to dry clothes. For generations, the “automatic” clothes dryer was used only in commercial situations, for textile manufacturers and hostelry.

However, two things conspired to put electric and gas clothes dryers in private homes. These were the end of World War II, and the rising significance of women in society. The end of the war brought about not only a needed outlet for technology, but it also brought about a post-war boom. More people – at least, in the winning countries – were making more money than they ever had. The middle class expanded as more people moved up in economic ranking. The expanded middle class meant that more people were in a position to afford heretofore unaffordable luxuries.

In addition, women had kept the country going while the men were at war, and they were not to be denied when the war was over. While women’s work is never done, it can sure be aided by technology.

As far as I’m concerned, though, I’m just glad I don’t have to sleep on fly-speckled sheets, anymore.